How your doctor’s clinic is your ‘health home’ 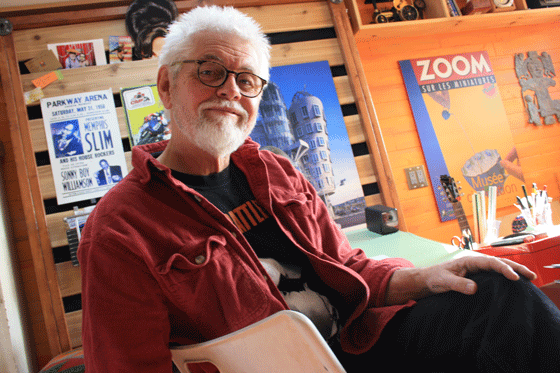 “(Patients) feel empowered and so much more aware of what is happening with their health because of the resources devoted to them.” — Clinical Pharmacist Noorani Ramji

TO say Robert Ward is happy with the care he receives at his health home—his doctor’s office in Capitol Hill—would be an understatement. In fact, the retired exhibition designer is thrilled with the changes he sees in the health system. “Identifying problems earlier and encouraging people to play a role in looking after their own health is so helpful,” he says. “When everything is going in the direction of self-checkouts and self-help, it is wonderful to have a human being there to actually help you.”

1. The Health Team—How it works

The health team at Robert’s doctor’s clinic includes a behavioural health consultant, health management nurse and clinical pharmacist. Working together with doctors at the clinic, they regularly see patients who need extra health information and support.

In late 2013, Robert’s doctor, Cassandra Millar, referred him to two members of the team after routine blood tests revealed he had high sugar levels and high cholesterol. With the help of a health management nurse and clinical pharmacist, Robert overhauled his lifestyle habits, particularly around eating and exercise. Together they set goals for change, aiming to prevent Robert’s issues from developing into a chronic condition. Temptations such as apple fritters, pastries and chocolate bars were identified, as well as a need for more regular exercise.

Portion sizes and food quality were discussed—and the impact changes could have on Robert’s body. “It’s like an athlete having their own team of coaches,” Robert, 63, says. “I can do this for myself for a few months, but then I start to fall off the wagon. Being accountable to someone else helps.”

2. The Health Team—How it helps

Robert, an avid guitar player, believes the knowledge he has gained from in-depth conversations with his health team will dramatically improve his future. Although he was physically active as a youngster, Robert’s body was no longer processing food as effectively as it did when he was 18. Built-in physical activity patterns were lost when he retired. “I no longer had that big cardio workout from pedaling uphill to get home.” Robert says his health team helped set him on a road to mindful recovery.

Some 99.6 per cent of family physicians who are members of the Calgary Foothills Primary Care Network have at least one health team member in their clinic. The teams work to improve the delivery of health care by increasing patient access to quality information and care, improving patient outcomes. Team members may include health management nurses, clinical pharmacists, behavioural health consultants, registered dietitians, diabetes educators and respiratory educators.

Clinical pharmacist Noorani Ramji says patients often don’t know what to expect because this is a new model of care. “Patients feel reassured that we are all working together with their doctor,” she says. “They feel empowered and so much more aware of what is happening with their health because of the resources devoted to them. Sometimes there is an aha moment or an epiphany.” Robert now travels with a fold-up bike and exercises on a bouncer that he keeps in his studio. He consciously chooses the food he eats and feels positive about the future. “The bottom line is, maybe I’ll just end up living longer and have more Saturday night jam sessions with my buddies and continue to travel and go places with my wife,” he says. “I certainly feel better.”

To find out more about your health team, please talk to your family doctor.